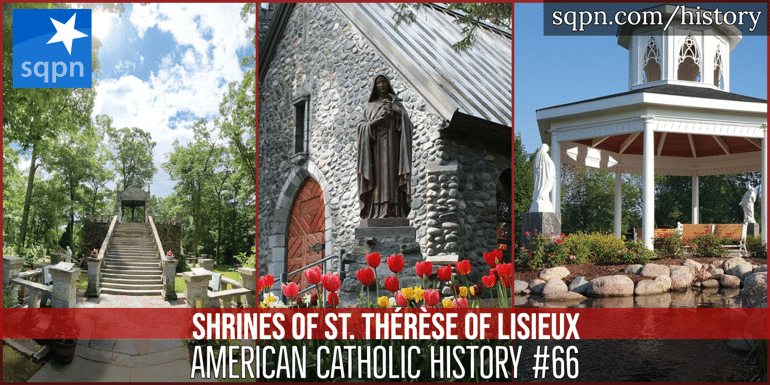 At least three shrines to St. Therese of Lisieux in the U.S. have a claim to be the “first” in some way. The parish shrine in Rhode Island was the first in the world dedicated to Therese, within months of her beatification. In Alaska, the first bishop of Juneau dedicated his episcopacy to Therese before she was even beatified, and started a shrine to her immediately. Our third first is in Darien, Illinois. This one was the third of the three, but was the first to be declared a National Shrine.