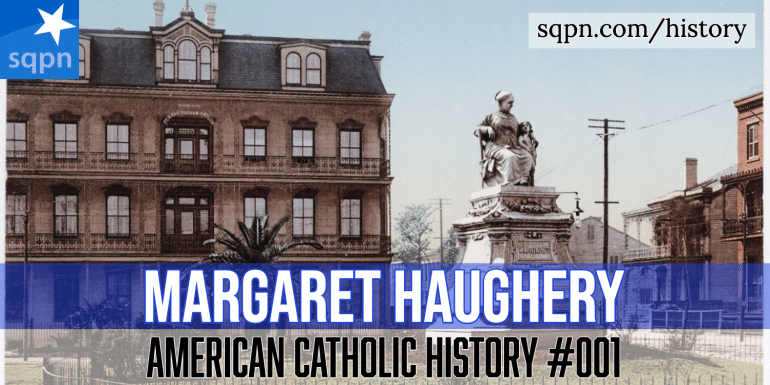 Margaret Haughery came from Ireland with her parents and siblings, but  after a cholera epidemic in Baltimore she was an orphan. She married and moved to Baltimore where she had a daughter, but then her husband and daughter both died, and she was alone again. She proceeded to become a forceful woman of business and charity, who supported many orphanages and charitable works, and defied military leaders during the Civil War to do her work.