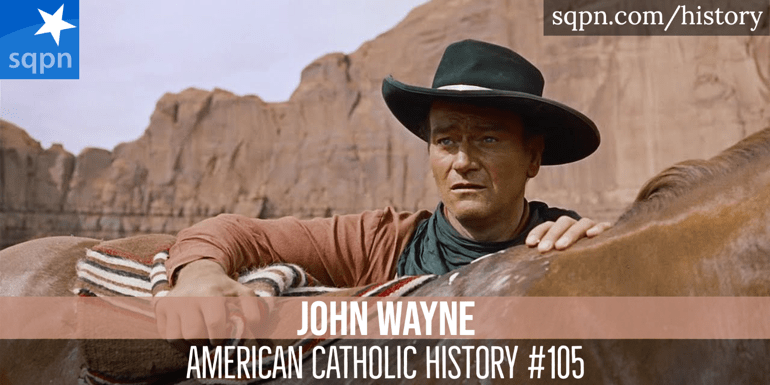 Not a name one expects in association with American Catholic history, John Wayne has been considered the paragon of manliness for well over 70 years. But in his private life,  the Duke was guilty of serial infidelity , which made his three marriages less than a picture of ideal manhood. However, the Catholicism of his wives, children, and good friends had a profound impact on him, and he converted to Catholicism on his deathbed, dying with the sacraments.