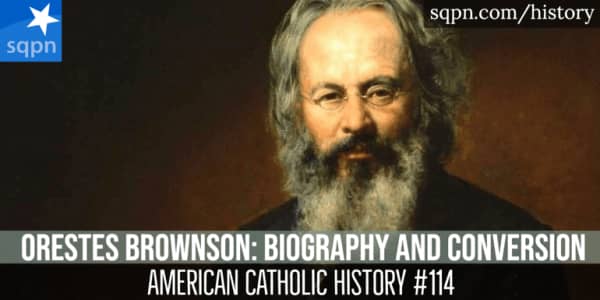 Orestes Brownson was a major intellectual of the 19th century, and a Catholic convert. Born in 1803 in Vermont, he was raised Christian, but in no particular Christian denomination or sect. He was largely self-taught, and had a strong sense that one must follow reason to arrive at truth, no matter where it was found. In his teens he began a struggle for religious truth that would start in Presbyterianism, then through Universalism, and Unitarian Transcendentalism, before he finally became Catholic, and remained so for the remaining three decades of his life.