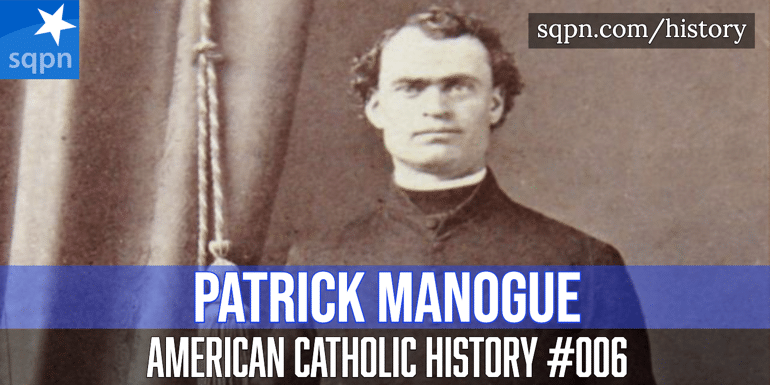 Patrick Manogue was an Irish immigrant who wanted to become a priest, but couldn’t afford the tuition. So he went out to the California gold rush to make his fortune. He was the biggest and toughest man around, and he made enough money, while still studying philosophy, to support his family back home and pay his own way through seminary in Europe. He became the first bishop of Grass Valley (now Sacramento), did tremendous missionary work, and called on his now-wealthy mining buddies to contribute to building his cathedral.