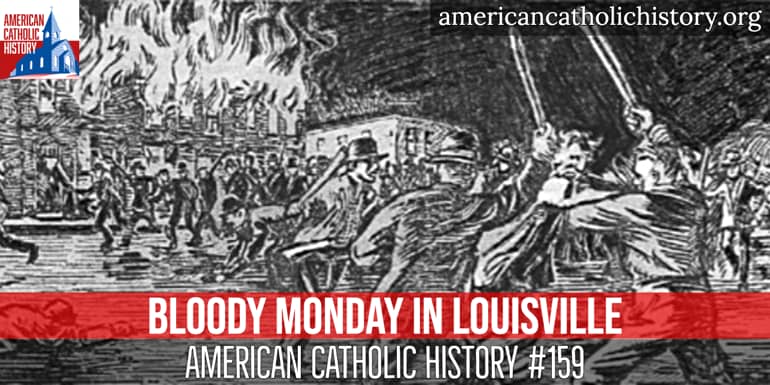 Election Day, August 6, 1855, is known as Bloody Monday in Louisville, Kentucky. The Know Nothings used violence to try to keep Catholics from voting, and the violence turned into riots. By the end of the day 22 were confirmed dead, though the number of dead was likely over 100. Learn more about this awful day in Louisville, which played a role in Louisville falling behind other cities along the Ohio and Mississippi rivers, like Cincinnati and St. Louis, in terms of population and economic importance.