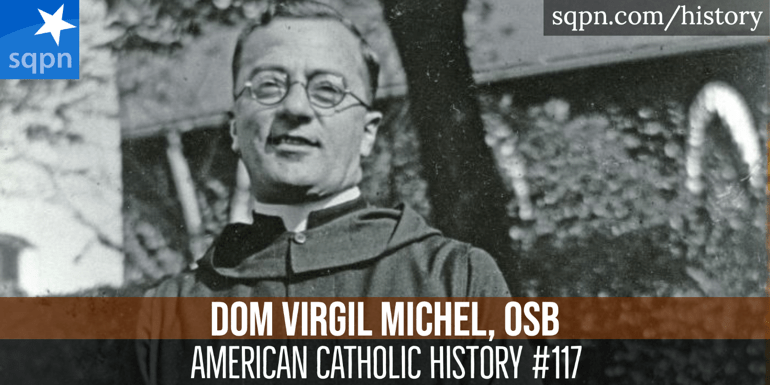 Dom Virgil Michel, OSB was a visionary leader who recognized some problems affecting the Church of his day and believed that the way to fix those problems was by improving knowledge of and participation in the liturgy, and making the liturgy central to both catechesis and social justice. He spearheaded the liturgical movement, wrote texts to reform catechetics and religious education, and was active in the emerging social justice movement. He firmly believed “lex orandi, lex credendi, lex vivendi,” which means “how you pray is how you believe is how you live.” Through founding the journal Orate Fratres and the Liturgical Press in Collegeville, Minnesota he had a profound influence on many who came later, but he died unfortunately young in 1938.