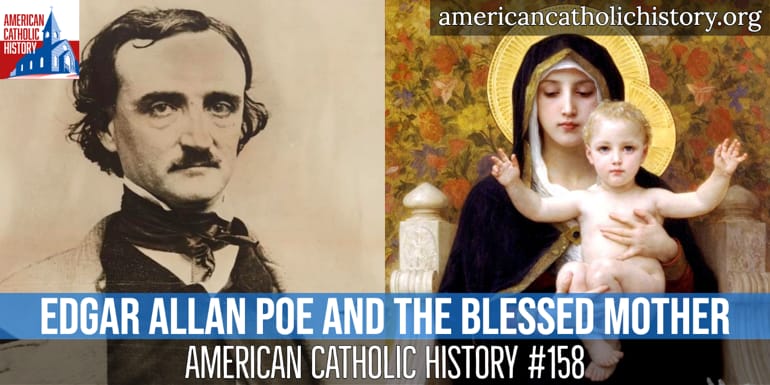 Edgar Allan Poe is one of the most important early American wrters. He is known for horror, the macabre, suspense, and other dark themes. Poe was important in the development of science fiction and he invented the detective novel. But what is less well-known is his interesting knowledge of and interest in Catholicism. In an age where typical Protestants either wouldn’t have an idea of what Catholics actually believe, or wouldn’t be interested in presenting Catholicism in an honest light, Poe did both. And in one short story he even wrote a rather lovely poem that amounts to a prayer to the Blessed Mother. The poem, known as “Hymn,” invokes the aid of the Blessed Mother and has strong intercessory language. Later in his life, Poe lived in a cottage near the campus of St. John College at Fordham (known today as Fordham University) where he came to know and spend much time with the Jesuits who ran that school. He died in unfortunate and mysterious circumstances in 1849 at just 40 years old.