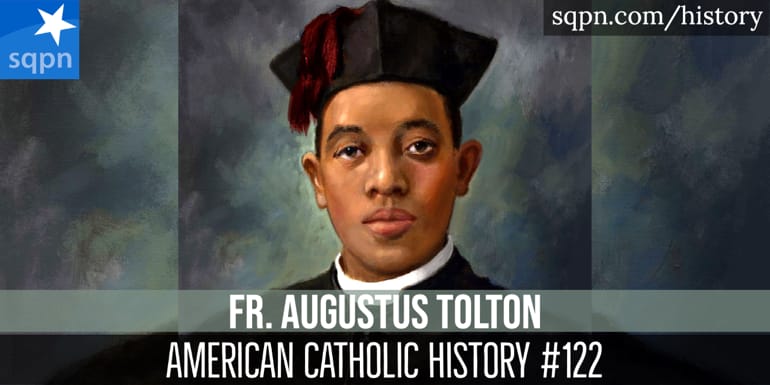 Father Agustus Tolton was the first black priest in America who identified as black. He was born a slave in Missouri in 1854, but his mother escaped with him and his two siblings to freedom in Illinois after the Civil War began. He endured racism among the children and parents at two schools, but also experienced great acceptance and love from the priests of his parishes and the nuns at the school. One of the priests, the Irishman Father Peter McGirr, took a special interest in “Gus,” as he was known, and made sure he received a good education. Eventually, Father McGirr recognized the possibility that Gus had a vocation to the priesthood. After a few false starts, Father McGirr and the local Franciscan superior got Gus into the seminary of the Propaganda Fidei in Rome. Gus excelled as a seminarian in the Eternal City, and expected to be sent to Africa as a missionary. But the day before his ordination he found out he’d be returning to the U.S. He came back in 1887 and served as a beloved pastor in his home town of Quincy, Illinois, until a change in the local Church leadership made life very difficult for him, and he was transferred to the Archdiocese of Chicago. There he was once again a beloved pastor until his untimely death in 1896. In 2019 Father Augustus Tolton was declared Venerable by Pope Francis.