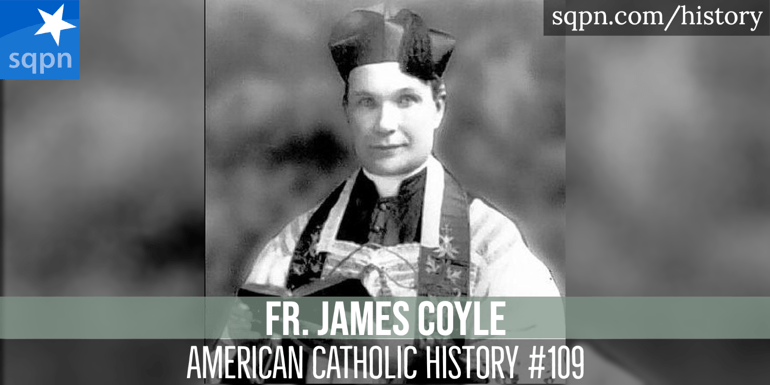 The Irish-born Father James Coyle became a beloved pastor in early 20th-century Birmingham, Alabama. He cared about all of God’s children, and bringing as many souls to Christ as possible. But anti-immigrant and anti-Catholic sentiment grew significantly in his time, especially with the rebirth of the Ku Klux Klan (KKK). He was a well-educated man, and was an eloquent defender of the faith, taking to newspapers to explain the Catholic faith and rebuff libelous attacks on Catholics. When he married the daughter of Edwin Stephenson, a KKK member, to a Catholic Puerto Rican man, Stephenson murdered him in cold blood on the porch of his rectory. The trial was a sham, Stephenson acquitted, but the uproar and horror over the event really was the beginning of the end of the anti-Catholic activity in the South.