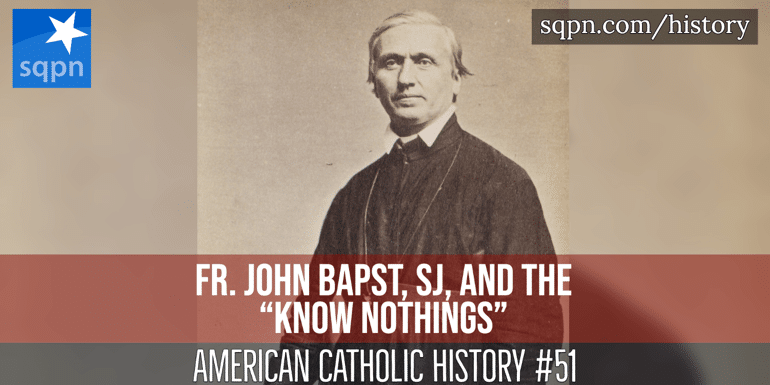 Father John Bapst, SJ ministered in Maine for years, building churches and evangelizing. But the anti-Catholic “Know Nothings” became active in the area and set their sites on Father Bapst. He was kidnapped by them, beaten, tarred, and feathered, and left for dead. He survived the attack. Eventually he became the first president of Boston College.