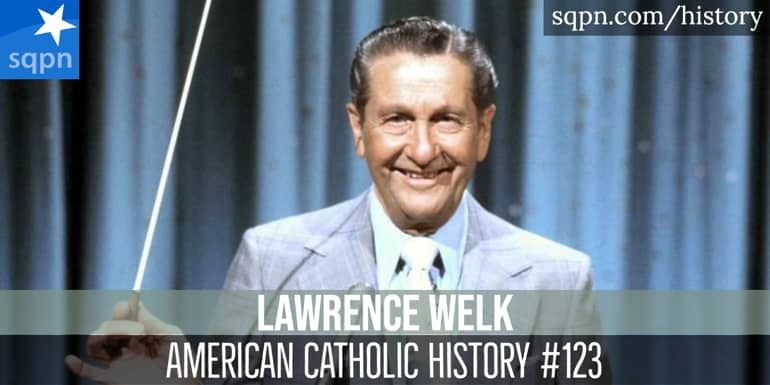 Lawrence Welk was raised in a sod house on the plains of North Dakota, but after his appendix burst when he was 11 he was smitten by music. He made a deal with his dad for a brand new, very nice accordion that kept him on the family farm until his 21st birthday. After that date he was on the road, making his way in life with his accordion and his ability to craft arrangements of popular tunes that were easy to dance to, easy to listen to, and helped people feel good. One thing led to another and his “champagne music” became a hit in Santa Monica, where a local television station broadcast his set live. The Lawrence Welk Show was born, and it woudl run for an amazing 31 years, even through the cultural craziness of the 1960s and ’70s. Welk died ten years later, with his wife of 62 years, Fern, by his side.