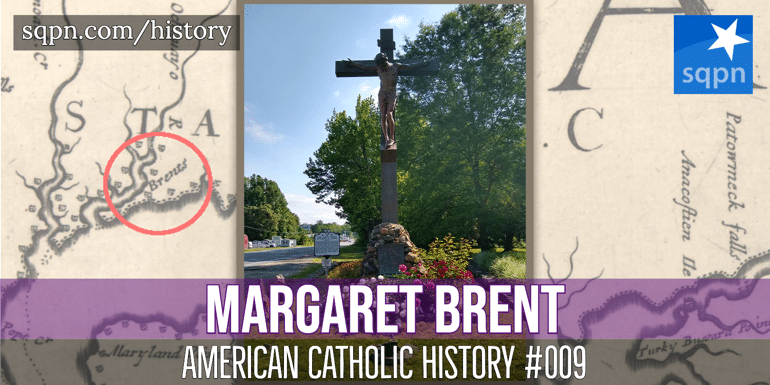 Not long after the Maryland colony was established by Charles Calvert as a haven for Catholics, anti-Catholic forces tried to assert their dominance. Margaret Brent, who was a friend to Charles Calvert and his brother, who was governor, raised troops and money to pay them to push back the anti-Catholics. She became the largest single land-owner in the American colonies, and eventually she was the first woman to represent herself in a court of law and before the colonial legislature.