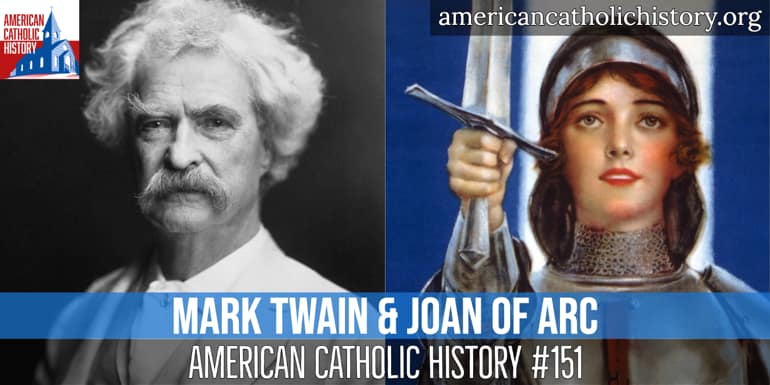 Mark Twain considered Personal Reflections of Joan of Arc his best, and his favorite work. He spent twelve years researching for it, and then two years writing. The book was originally published under a pseudonym in serial in Harper’s Weekly. His fans and the general public were shocked and confused when they found out that this beautiful, serious, and deeply Catholic book was written by Twain. Twain was not Catholic — he wasn’t even Christian — and he had a great animosity toward the Catholic Church. But in Joan of Arc he found the greatest human person he’d ever encountered.