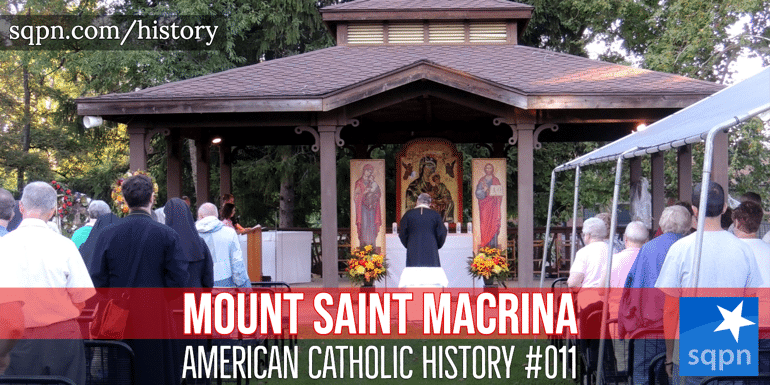 The first establishment of Eastern Catholic sisters moved from place to place until finding a permanent home at a millionaire’s abandoned mansion outside of Uniontown, Pennsylvania, which they dubbed “Mount St. Macrina.” Since the early 20th century, thousands of Eastern Catholics make a pilgrimage to this holy place on Labor Day Weekend. Archbishop Fulton Sheen offered a Divine Liturgy from Mount St. Macrina which was broadcast behind the Iron Curtain.