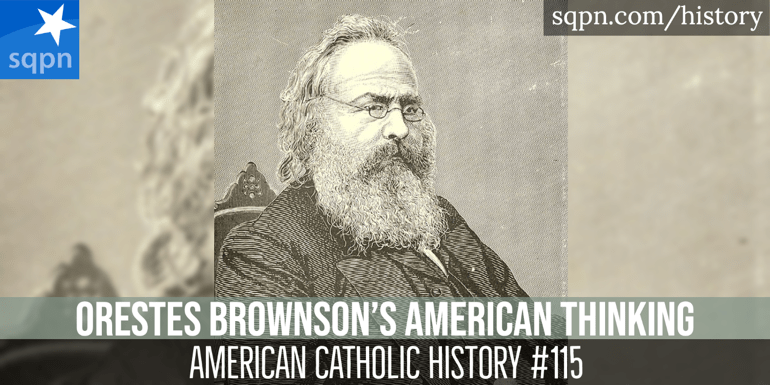 Orestes Brownson was the first major American Catholic intellectual to gain an international reputation. His thinking on the significance of America, and the place of Catholics within American political life was new and unexpected. He believed, contra what many anti-Catholics in his day believed, that not only could Catholics be good Americans, but that Catholics could be the best Americans. He also had strong opinions on slavery. Brownson opposed slavery as a great evil, but he was not an abolitionist. He believed that those who held slaves had a moral obligation to treat them well, and to prepare them to be free men and women, but that simply freeing all slaves would bring about great harm to the slaves as well as society. But once the Civil War began, he became an abolitionist, believing that, since the South made the war about the right to own slaves, slavery must be ended as part of the North’s victory in the Civil War.