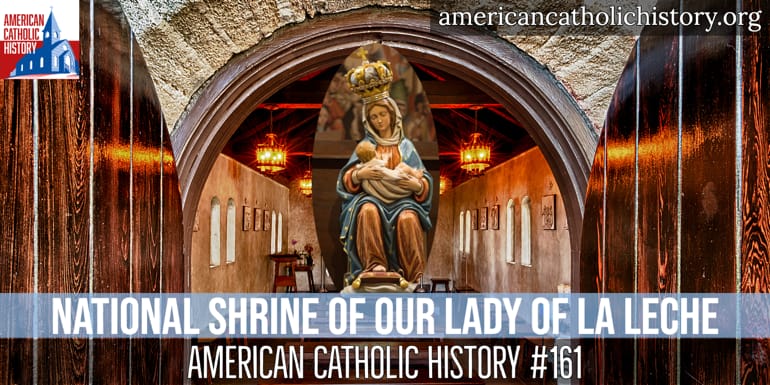 In 1587 Spanish settlers in St. Augustine, Florida established a shrine to Our Lady of La Leche. This was the first shrine to Our Lady, the Blessed Mother Mary, established in what is now the United States. This devotion to the Blessed Mother has roots that go back to the Roman catacombs. It was a favored image of King Philip II of Spain. “La Leche,” Spanish for “The Milk,” depicts the Blessed Mother nursing the infant Jesus. The first chapel dedicated to Our Lady of La Leche was erected in 1609. The chapel currently standing in the Mission of the Name of God in St. Augustine was built in 1914. Many miracles have been attributed to this image and shrine over the centuries. In the 21st century the shrine was named a National Shrine, and the Pope granted the image a canonical coronation.