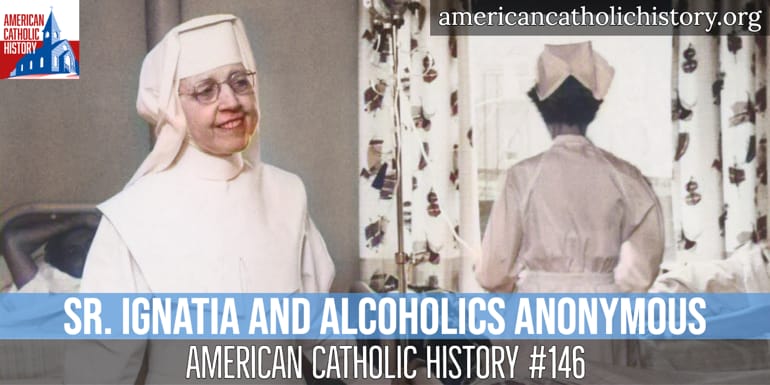 Sister Ignatia Gavin co-founded Alcoholics Anonymous. She worked in Admissions at St. Thomas hospital in Akron, Ohio. She had compassion for the alcoholics who came to the hospital. However, medical practice at the time did not regard alcoholism as a disease to be treated through admission and medical treatment. In 1939 Sister Ignatia and Dr. Bob Smith managed to get the hospital to admit alcoholics for the first time. From that first admission the practices of Alcoholics Anonymous grew into a national — and international — phenomenon. In 1952 she was transferred by her order to St. Vincent Charity Hospital in Cleveland, where she established Rosary Hall Solarium. Since her death in 1966 Rosary Hall Solarium and Ignatia Hall at St. Thomas Hospital in Akron have both continued to treat those with substance abuse problems.