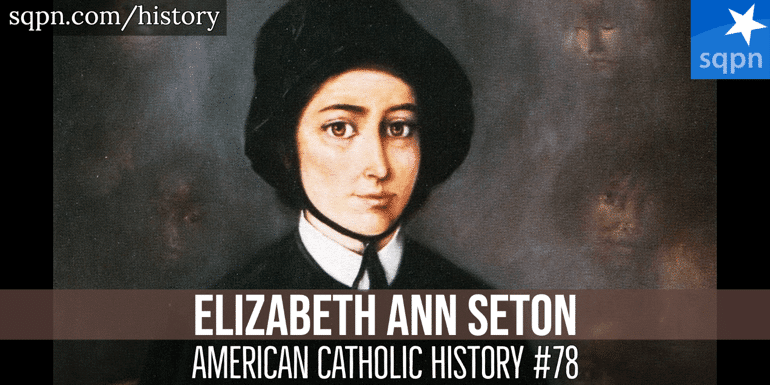 Elizabeth Ann Seton was an Episcopalian and a wealthy socialite in New York. She married the scion of a wealthy shipping family, and they started a family. But tragedy struck, and while seeking solace she became Catholic. This cost her her friends and brought about hardship. She moved to Baltimore and eventually to Emmitsburg, Maryland where she founded the Sisters of Charity, and the parochial school system in the U.S. She is the first American-born saint.