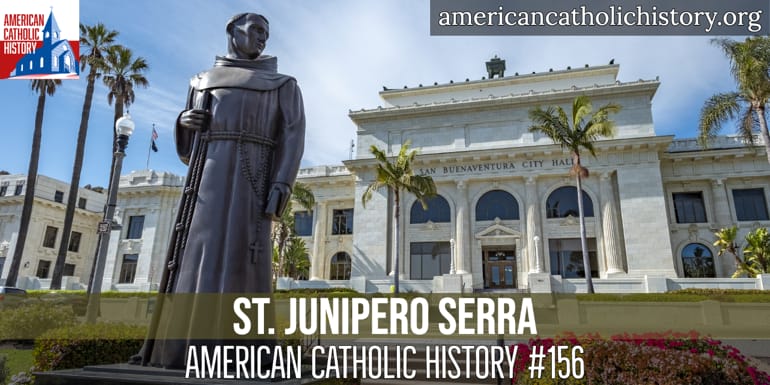 St. Junipero Serra is considered the Father of California. He founded the missions that first brought the Catholic faith and modern agriculture and industrial techniques to California. He was a man of strict penitential practices. He expected much of those whom he evangelized, and had no patience for those who mistreated the natives for their own gain. Originally from Mallorca, off the coast of Spain, he was a brilliant scholar, but rather than an academic career he chose the mission field. He spent decades working in central Mexico, then Baja and Alta California. And due to an insect bite when he first arrived in Mexico, he did his missionary work — which he did mostly on foot — with a diseased and ulcerous leg. He was canonized by Pope Francis in 2015, and a statue of him holding a cross aloft is included in the U.S. Capitol as one of two from the state of California.