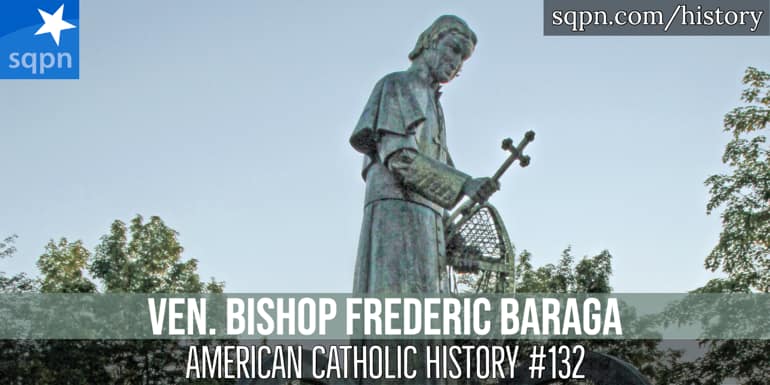 Frederic Baraga was the first bishop of the Diocese of Marquette, in Michigan’s upper peninsula. He had come to northern Michigan as a missionary in 1831, after immigrating from the Austrian Empire — an area of it that is in modern day Slovenia. Baraga proved a tireless missionary, traveling hundreds of miles by foot, including in snowshoes during the long, harsh winters, as well as by boat. He converted thousands of Chippewa and Ottawa and other natives, and he ministered to the settlers, including those who came north for the copper boom. He faced resistance from Protestant missionaries, French fur traders, and the U.S. federal government, all of whom had their own agendas for the natives. Devotion to him began shortly after his death in 1868. He was declared Venerable in 2012.