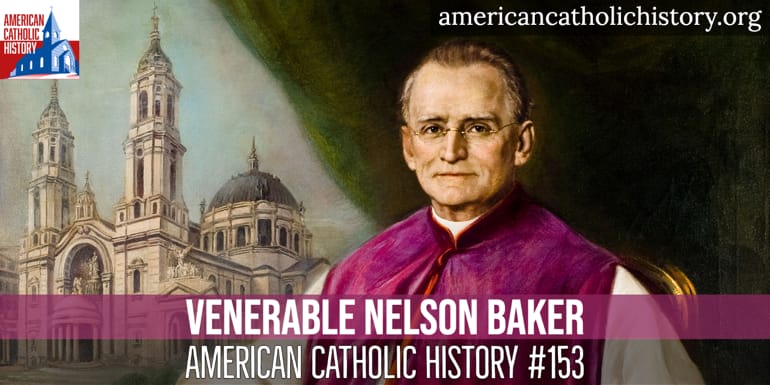 Ven. Nelson Baker was incredible. He saved lives in and around Lackawanna, just south of Buffalo, New York. He invented direct mail fundraising. He did whatever was needed to build institutions to make others lives better. And he did it all by relying utterly on the intercession of Our Lady of Victory. As a tribute to her beneficence, he built the massive and breathtaking Basilica of Our Lady of Victory.

After time in the Union Army during the Civil War, then as a very successful businessman, Baker entered seminary. After ordination he was assigned to the parish and charitable institutions at Limestone Hill — modern day Lackawanna, New York. After six years as an assistant (with some time away), he was made pastor and superintendent. He had to face down creditors who came to collect on the massive debt his predecessor had built up. But he did so. Then he invited charitable Catholic ladies across the country to become members of the “Association of Our Lady of Victory,” to support the work of the orphanage, protectory, and parish he headed up. This direct mail fundraising was so successful that he soon had enough to expand the orphanage and protectory.

When babies’ bones were discovered in the Erie Canal he built the Infant Home where mothers could always come for help — or to leave their baby if they saw no other way forward.

He also struck natural gas, and spent decades personally ministering to the poor and needy.

He died in 1936, ten years after completing his glorious tribute to his patroness, the magnificent Basilica of Our Lady of Victory.

Nelson Baker was declared “venerable” in 2011.