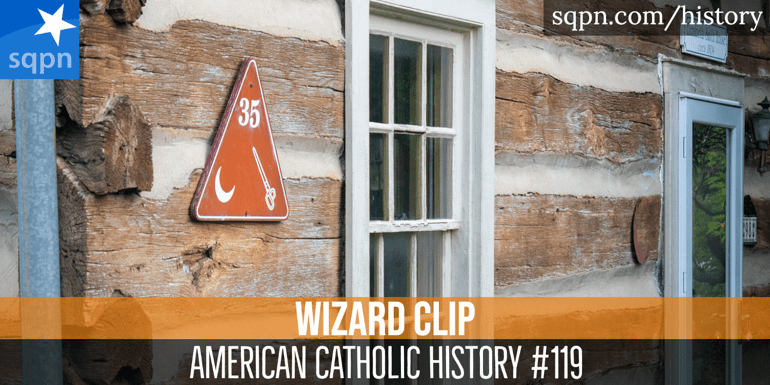 In the late 1700s, Adam Livingston, who was Lutheran, moved with his family to a farm near Smithfield, Virginia. After a stranger, who turned out to be Catholic, died in his home, manifestations of a demonic possession began to disturb his family, including horses galloping loudly (though there were none), a clipping sound accompanied by articles of clothing being damaged, and other disturbing occurrences. The clipping is what gave the area the name “Wizard Clip.” The manifestations continued until two Catholic priests, including Prince Gallitzin, intervened to exorcise the demons. Livingston’s family became Catholic as a result. Following their conversion, a consoling voice instructed the Livingston family in the faith, led them in prayer, and inspired Livingston to do good things for others in need. When the Livingstons moved back to Pennsylvania in 1802, he donated 34 acres to the Catholic Church, and that land is a retreat center for priests in modern day Midway, West Virginia.