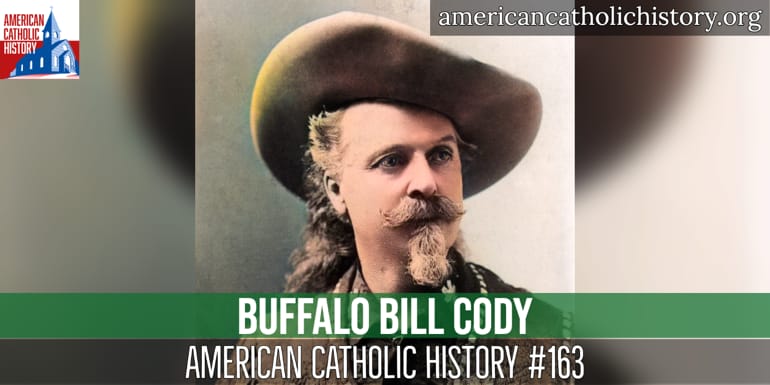 Buffalo Bill Cody was, more or less, evangelized by the Indians who were part of his Wild West show, plus through a meeting with Pope Leo XIII in 1890. He was one of the most famous people on earth in his day. He was a legitimate Western scout, a natural showman, and a man of principle and action. He and his wife, Louisa, had four children. Two died in childhood. One of his sisters, Julia, was a strong Christian — though not Catholic — and she encouraged him to become Christian for many years. But he resisted until the day before he died. Through the intervention of friends, who were Catholic, he was baptized by a Catholic priest in Denver the day before he died in 1917.