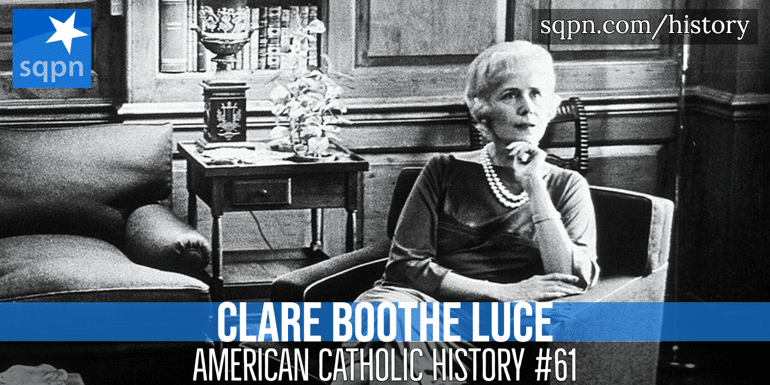 The strikingly beautiful Clare Boothe Luce was an ambassador Congresswoman, war correspondent, playwright, and advisor to presidents. She was a woman of the world, and after her first marriage to a wealthy textile tycoon ended in divorce she married magazine magnate Henry Luce. But family tragedy forced her to rethink life, and after soul-searching with the help of Archbishop Fulton Sheen she became a devout Catholic.