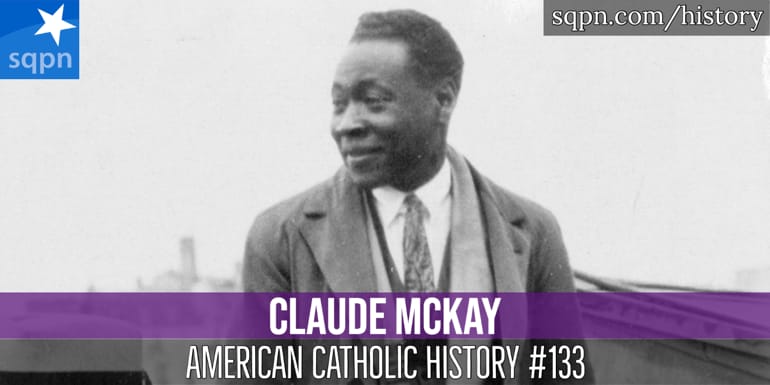 A leading figure in the Harlem Renaissance, poet and author Claude McKay had an idyllic childhood in Jamaica until his first experience of racism when he was 21. After emigrating to the United States in 1912 he became convinced that socialism held the answer to what ailed society, especially what kept black people down. His poetry and novels explored the themes of racial tension, the plight of poor black people in Harlem, and social struggle. He traveled extensively in Europe and Russia to find support for his efforts, but only became disillusioned with socialism. Eventually back in the U.S. his health failed and he was forced to seek help at a Friendship House, a Catholic endeavor. He became enamored of the Catholic approach to social justice and became active in both the Friendship House and the Catholic Worker movements. He came to believe in the Catholic faith, seeing in it the answers to the questions of justice and charity that he’d been seeking his entire life. He was received into the Catholic Church in 1944, four years before he died of heart failure.