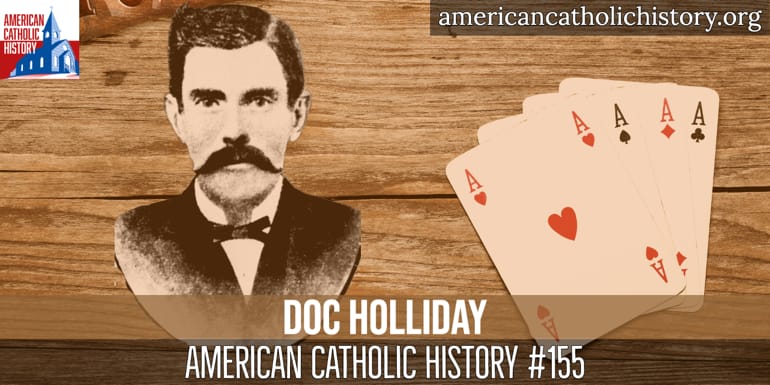 A legend of the Wild West, John Henry “Doc” Holliday was born in Georgia to Presbyterian and Methodist parents. But his sweetheart growing up was Catholic — and his first cousin — Martha Ann “Mattie” Holliday. After an excellent education and becoming a dentist, he was diagnosed with tuberculosis. To survive he had to move to a more arid climate, like west Texas, and parts of the desert and great plains states. Eventually he had to stop being a dentist, and he became a professional gambler and gunslinger. He befriended the Earp brothers, especially Wyatt, and was involved in many adventures with the Earps, including the famous shootout at the O.K. Corral in Tombstone, Arizona. Eventually the tuberculosis worsened and he died at 36 in Glenwood Springs, Colorado. But he had maintained a correspondence with his beloved Mattie. She had become a nun, and her influence led to Doc summoning a priest and becoming Catholic shortly before he died. The romance between Doc and Mattie was later captured in the 1939 movie Gone With The Wind, because the author of the book, Margaret Mitchell, was a second cousin, once removed of Mattie Holliday.