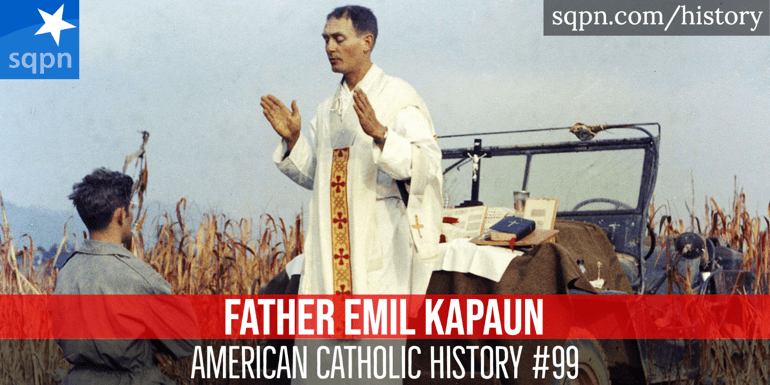 Fr. Emil Kapaun was the son of Czech immigrants and after ordination developed a desire to serve as an Army chaplain. Once in Korea his unit was overrun and he spent seven months in a prisoner of war camp, where he spent himself for his men. His example, and his heroid death, made all the difference to the survivors. He was awarded the Medal of Honor and is on the path to canonization.