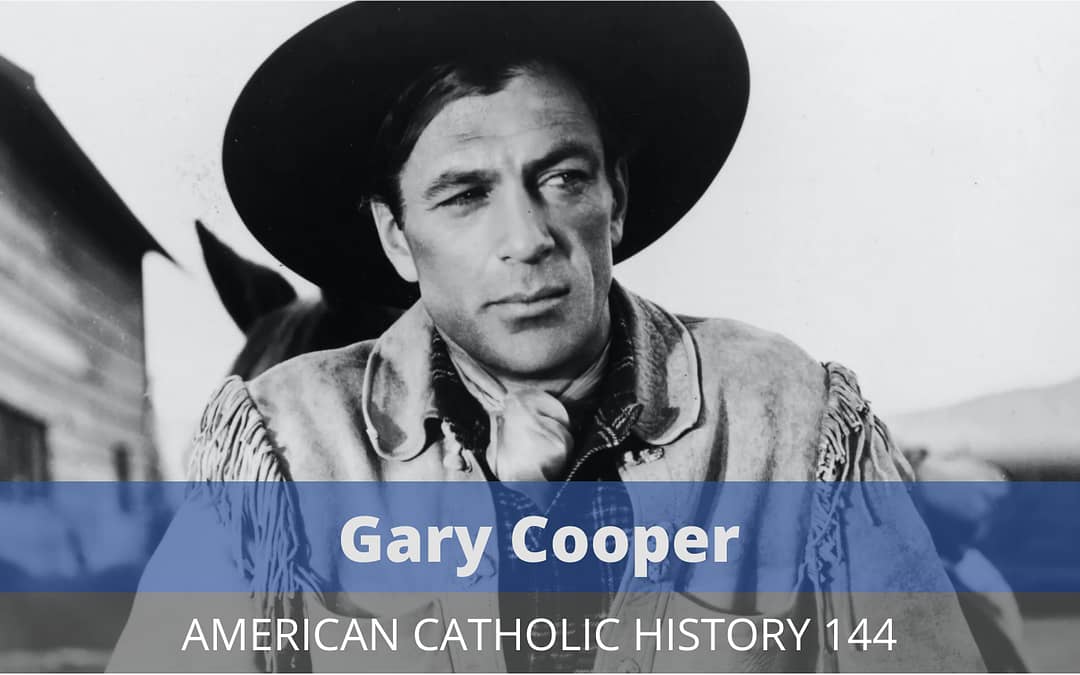 Gary Cooper was one of the greatest actors in Hollywood history. His strong, understated, good-natured characters established a paradigm, especially for Western heroes. He won two Oscars for Best Actor, while acting in 84 films over 36 years. But his off-screen life wasn’t quite as virtuous and praiseworthy. He had a significant problem with philandering, which continued even after he got married. His wife, Veronica “Rocky” Balfe, was Catholic, and eventually her strong faith, and that of their daughter Maria, encouraged him to consider becoming Catholic and turning over a new leaf. By the time cancer came for him in 1961, he had become Catholic, left his womanizing ways behind, and embraced fully the life of the Sacraments.