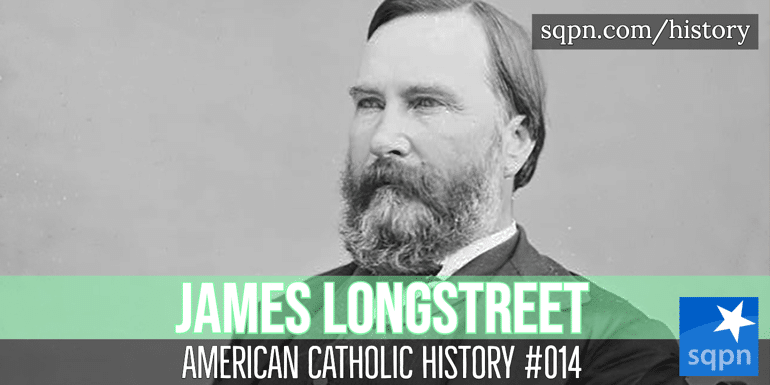 Robert E. Lee’s “Old War Horse,” James Longstreet was an important general for the Confederacy during the Civil War. After the War he was rejected by Southerners because they blamed him for the loss at Gettysburg, and because he accepted positions in the U.S. government offered to him by his old friend, President Ulysses S. Grant. He also earned their ire when he became Catholic and lived the rest of his life as a devout Catholic.