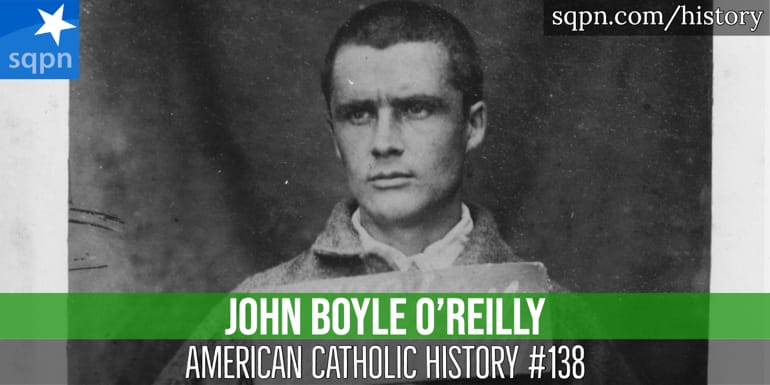 Born just before the potato famine ravaged Ireland, John Boyle O’Reilly grew up in an Ireland still dominated by England. His father was a schoolmaster, so John and his siblings received an excellent education. He was very outgoing, made friends easily, and was a natural leader. He became a journalist, and then a soldier. He also joined the Irish Republican Brotherhood — the Fenians — who were bent on revolution and the end of British rule of Ireland. He was discovered and arrested for treason. O’Reilly was sent to a penal colony in Australia, from which he escaped in epic fashion, arriving in Boston in 1870. He got a job as a reporter with the Boston Pilot, eventually becoming part owner and publisher. He used the pages of the Pilot to advocate for civil rights for all. He became a very respected journalist, poet, speaker, author, and activist. His sudden death at 46 years old shocked Boston and beyond.