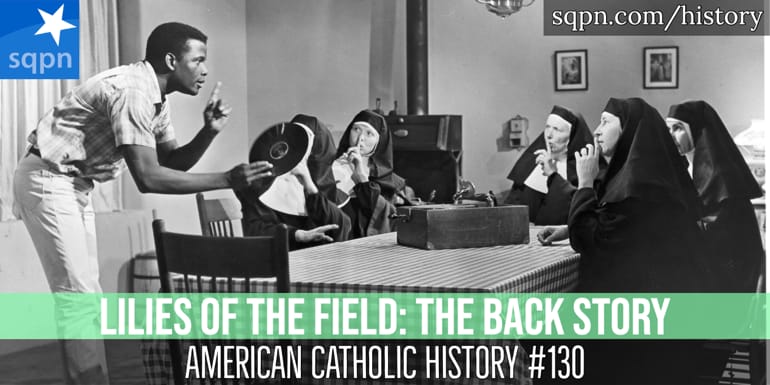 Before Lilies of the Field was a beloved movie it was a charming short book. The author, William Barrett, was Catholic, and based the book in part on the story of the Sisters of St. Walburga in Colorado. When director Ralph Nelson and his screenwriter, James Poe, got the story they made some additional adjustments to it, but kept the essential message and thrust of the story. The result was movie magic. Neither the studio nor the critics thought much of the script, but up-and-coming Hollywood star Sidney Poitier saw something powerful. He took a measly salary to make it happen, and filming took only 14 days. The popular reception, and the film’s enduring popularity, showed Nelson and Poitier to be right. Poitier won an Oscar — the first Oscar won by a black man — and the film has been an enduring cultural phenomenon.

Read it With Us