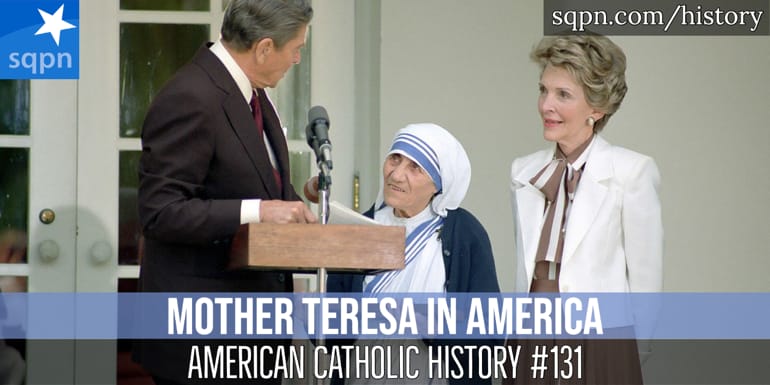 Saint Teresa of Calcutta, known in life as Mother Teresa, visited the United States a number of times, usually to open new houses of her order, the Missionaries of Charity. She gave a number of addresses in the U.S., speaking of the duty we all have toward our fellow man to aid one another, singling out abortion as the “greatest destroyer of love and peace.” On one occasion, in 1985, she received the Presidential Medal of Freedom, and addressed the National Right to Life Convention. In 1994 she addressed the National Prayer Breakfast, and spoke strongly against abortion and contraception with President Bill Clinton, his wife, Hillary Clinton, and Al Gore and his wife, Tipper Gore, in attendance. In 1996 she was made an honorary citizen of the U.S., only the fifth person to receive this honor.