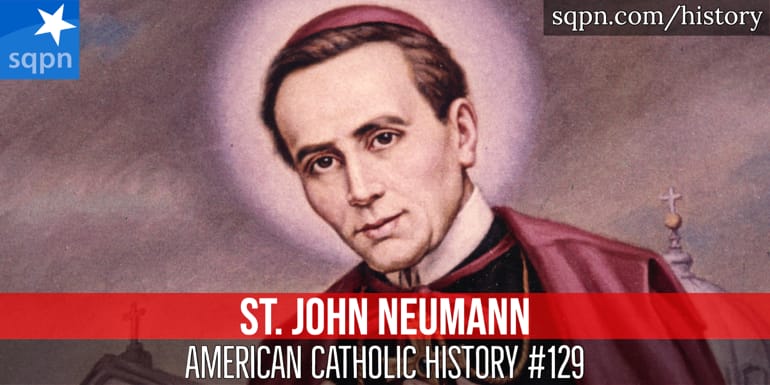 St. John Neumann was born in 1811 in Prachatice, Bohemia (in present-day Czech Republic). He was a good student, and while in seminary determined to become a missionary in the United States. But after completing his seminary studies he found difficulty in getting ordained or gaining passage to the U.S. But once in the U.S. he proved to be a tireless pastor. He was ordained in 1836 by Bishop John Dubois of New York. After time in diocesan parish work in the Buffalo area he joined the Redemptorists and was stationed in Pittsburgh, Pennsylvania, Norwalk, Ohio, New York City, and Baltimore, Maryland. In 1851 he was consecrated the fourth bishop of Philadelphia. He oversaw a period of incredible growth and construction in the Diocese, establishing so many schools that Phildelphia had the first diocesan school system in the country. His sudden death at 48 years old stunned and saddened everyone. He was canonized by Pope Paul VI in 1977.