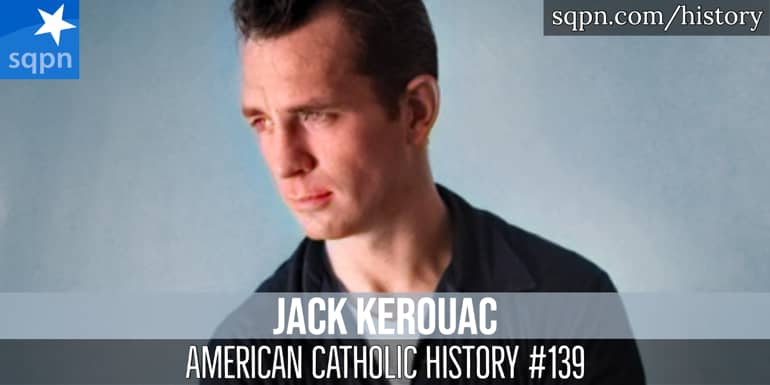 Jack Kerouac was born in 1922 in Lowell, Massachusetts to Catholic parents. When he was four his saintly elder brother, Gerard, died tragically. His mother became more devout, but his father abandoned the faith and drank heavily. This childhood trauma affected the rest of his life, and he stopped going to Mass in his teens. After dropping out of college he began to write while in the military. In the late 1940s he and his friends, through their artistic and literary output, began the Beat Generation, signifying how their generation felt “beaten down” by the world. In 1951, Kerouac wrote his most important work, On the Road, but it wasn’t published until 1957. But through it all, what he was looking for was God. In the 1960s he returned, in stages, to the Catholicism of his youth, fully returning to the faith by the end of the decade. He died in 1969 as a result of a lifetime of heavy drinking.