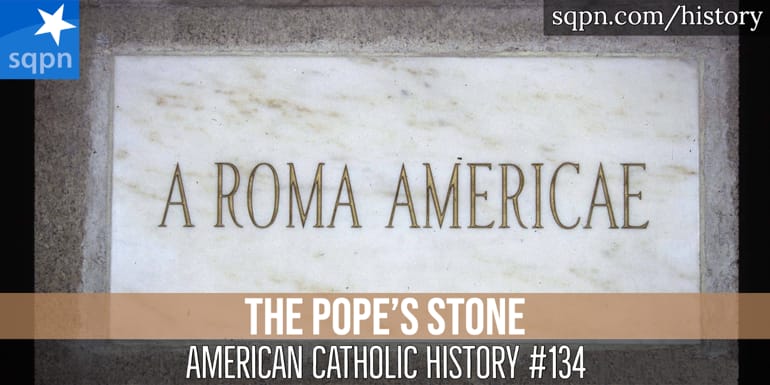 n 1854 a slab of marble donated by Pope Pius IX arrived in Washington, D.C. He had it engraved “A Roma Americae,” or “From Rome to America,” as a sign of goodwill. He had sent it over to be included in the Washington Monument, which was then under construction. Many foreign governments had sent similar contributions to honor America’s first president. The Know Nothings, however, had no intention of allowing a gift from the Pope to be included in the Washington Monument. They were certain the stone was a sign of darker intentions by the Pope. So on March 9, 1854, under cover of darkness, a group of these anti-Catholics broke into the yard, stole the stone, and after damaging it with hammers they dropped it in the Potomac River. No one was ever credibly accused of the crime, despite reward offers and a public outcry. Many years later, however, after a tip, the stone was discovered… only to disappear again. But today, there is a stone from the Pope in the Washington Monument, this one was provided by Pope John Paul II in 1982.